Manufacturing fine quality, high performing ingredients requires know-how, time and precision. Our ingredients are made in India’s most established herbal extraction facility with modern technologies. With over 5 decades of experience in extracting botanicals, it brings unique skills of traditional knowledge and modern science.

Glycosides vs tannins
from Arjuna

Best example is musli roots, generic extracts of safed musli and Kali musli are extracted using methanol as the extraction solvent for higher saponins yields but then it compromises on the mucilage content which has the potency for male sexual health. HeezOn® contains musli extract made through a patented process ensuring both saponins and mucilage.

Generic Arjuna extracted with organic solvents is standardized for tannins and arjunolic acid. Research demonstrates organic solvent extracts of Arjuna causes interruptions in the excitability of the heart and may also cause arrhythmias without a consistent inotropic action. Only Oxyjun® is standardized for polyphenols, glycosides and is free from arjunolic acid and hence suitable for a healthy population. 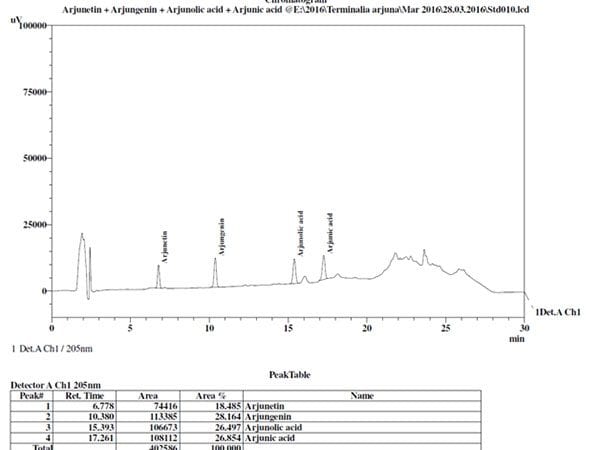 Low temperature spray drying ensures optimum retention of color as well as the bio-actives. This results in superior batch to batch consistency in the organoleptic as well as the phytochemical properties.

No harsh solvents used for extraction. This makes the extract perfectly safe for human consumption and also complies to different regulatory requirements across the globe with respect to residual solvents. All this goodness is validated by the R.A.W and C.L.E.A.N certification for EnXtra®